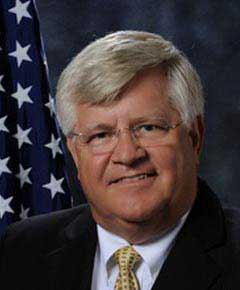 Chief Deputy Michael Gauger (Ret.) is a seasoned law enforcement officer who’s been dedicated to improving the neighborhoods in which he worked. As an advocate of community policing, he worked with a team of deputies to build after-school tutoring, mentoring and athletic programs, while also partnering with families to strengthen parenting and communication skills.

Chief Deputy Michael Gauger (Ret.) has been engaged in a myriad of programs providing mental health and substance abuse treatment, and has served on the Fern House Board of Directors for over three decades, helping to build it from a fledgling program into its success today.

Chief Deputy Michael Gauger is a distinguished Honor’s graduate of Barry University awarded with a Master of Social Work degree.