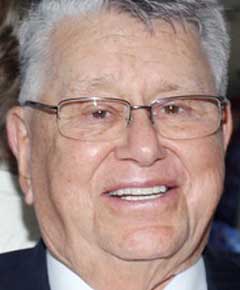 George W. Benedict is the founder and Chairman Emeritus of the Board of Seafield Center, Inc., an alcohol and chemical dependency rehabilitation center located in Westhampton Beach, Long Island, NY; as well as five outpatient facilities and 13 not-for-profit halfway houses located throughout Long Island, NY. George has over 44 years of distinguished experience in the field alcoholism and is regarded as a leading authority in the area of Family Intervention. He frequently addresses university faculty members, students, civic groups and members of Congress on the effects of alcohol on individuals and their immediate families.

In 1992, George was appointed as a Special Deputy to the Suffolk County Sheriff’s Department and has been an active participant in the Nassau County Department of Correction Drug Abuse Research and Treatment (DART) Program, addressing inmates and Corrections Officers on alcohol and substance abuse via personal attendance and video conference. He is a pioneer in treating law enforcement personnel and has designed a program for treating police officers throughout the country. His expertise in the treatment and corrections fields has afforded him the position of motivational speaker for the most recent New York State Department of Corrections conference series on alcohol and substance abuse held at Skidmore College.

George is the founder of Edna’s House, a women’s sober home located in Palm Beach County, Florida and has served on the Fern House Board of Directors since 2019. George is widowed and the father of three adult children, six grandchildren and 10 great-grandchildren.