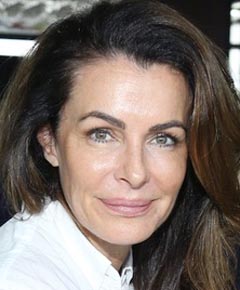 Margaret M. Luce began her career as an international actress and model while attending Boston University, and has continued to work toward the advancement of the arts, health and wellbeing. Along with her husband and children, Margaret has been part of the Palm Beach County community for over 20 years and has served on the Fern House Board of Directors for over 10 years. Margaret has been a lifelong mental health and addiction concerns advocate, having seen the horrors of addiction and been personally affected by the suffering of loved ones. As a young woman in New York, she dedicated her time to causes of homelessness, discovering then the power of advocacy upon recruiting her minister and others to join in her efforts.

Fern House’s faith-based program, where men can seek sobriety while finding employment and becoming active citizens in the community, resonates with Margaret who believes the program works because the men are able to immerse themselves in a supportive, responsible community reliant on a Higher Power. Furthermore, Fern House provides help to those typically unable to afford the cost of traditional rehabilitation centers: the homeless, recently incarcerated and uninsured.

Fern House graduation ceremonies are a highpoint of Margaret’s advocacy—seeing a once broken man who’s been able to heal and become sober is truly moving—and she strongly believes the community of Palm Beach County has become a better place because of Fern House.